In 1882 the people of Markleeville began construction on a new school building and doing all the work themselves. It was decided that the new school house would be built on top of a hill in Markleeville. The town's carpenter Louis Monroe lead the volunteers to finish the building. The windows were tall and wide for the sun to shine in and filling the room in light. A local mason Hank Matthews built a stone platform for a wood stove this was a great idea since the bottom of the platform did not retain heat, and protected the school house from fire. New desks were ordered. First classes were held in October 1883 for children from 5 to 7 years old to attend this small white school house. The little school house became an entertainment venue for the town's people, dances, dinners, plays, and then brought the place to life. The school was in use for 40 years until the New Webster School (current home of the Alpine County Library) opened in 1929. 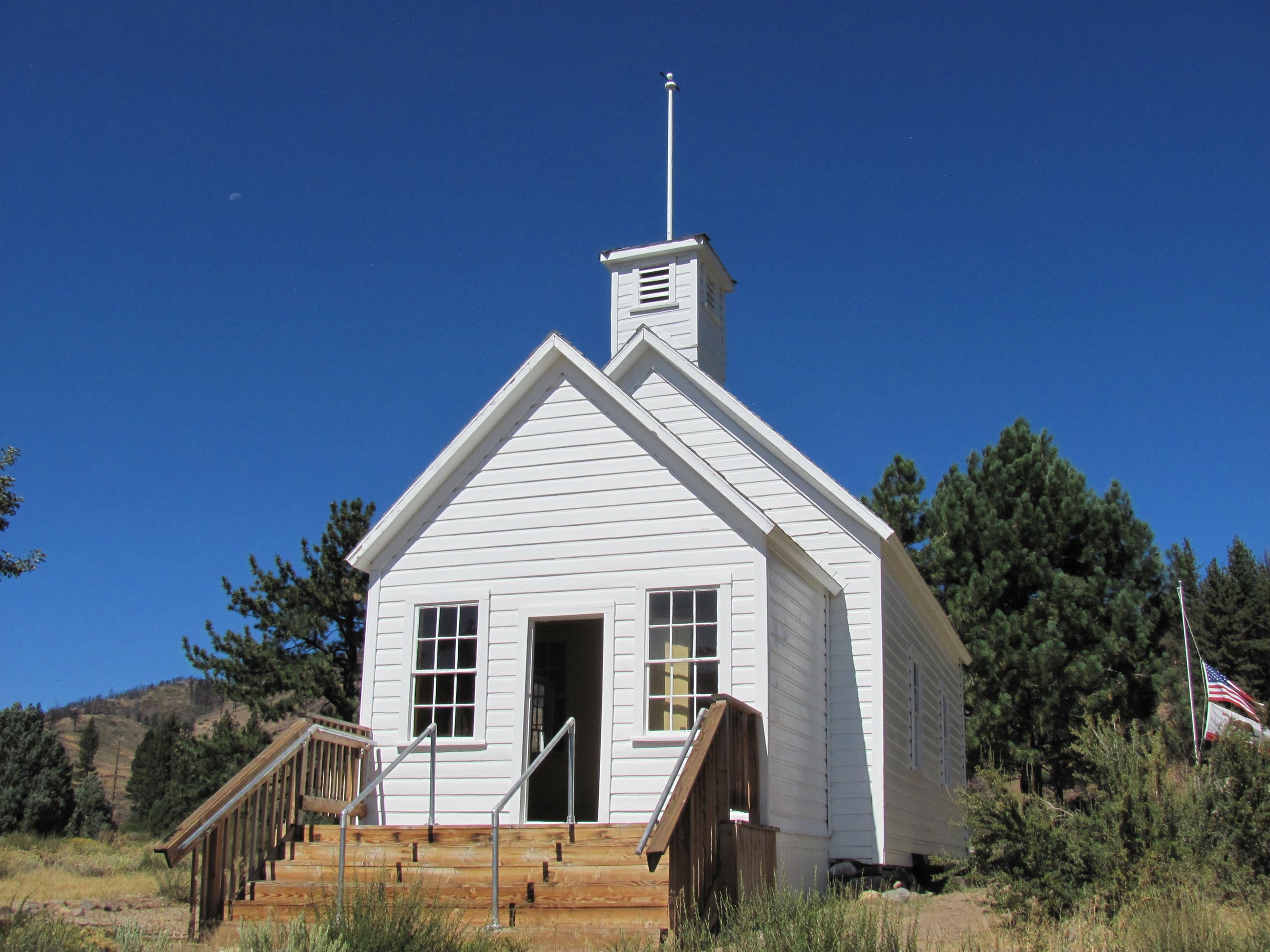