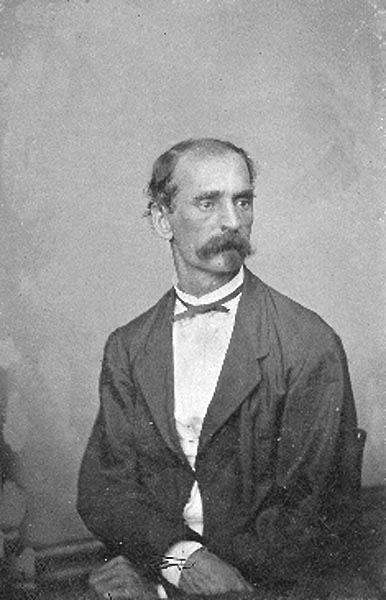 Jacob Markley arrived in the United States in the late 1830's originally came from Canada and then had emigrated to Virginia as a youth, moving to Wisconsin in 1840, then to Minnesota, married and had three children. During the late 1840's  he left his wife and children behind to seek his fortune in Sacramento, California. Jacob's brothers decided to follow him to California he and his brothers started a meat company and then the California gold rush hit. Everyone caught the "gold rush fever" including Jacob and his brothers. During the gold rush time silver was found in the mountains of Markleeville he then followed the trail seeking silver in Silver Mountain City.

On September 12, 1861 Jacob staked out a 160 acre claim in a area beside the river. This area would eventually encompass the townsite of Markleeville. He built a crude toll bridge that allowed him to profit from the travelers making their way to the mines at Silver Mountain City, California. Jacob had marked off land lots, then began selling the homesites and made a good profit.

Jacob's good fortune and life came to an end on May 14, 1863, he was then shot down by his friend Henry W. Tuttle. The incident happen over an argument over profits from the land sales. Tuttle was arrested  and then went to court to be acquitted by the jury. The jury found that Tuttle was acting in self defense.

Jacob was buried on a hill overlooking his town. It is unknown which hill he was buried on and his grave may have been in the Markeeville Cemetery or somewhere else.

On April 1864 the California legislature approved the town's petition to become a incorporated city. In 1875 Markleeville became the official town seat.